Uses and Benefits of EFT

The emotional freedom technique is an unconventional and exceptional treatment for physical and mental health issues. Also known as tapping, it uses procedures of energy psychology. EFT is an alternative therapeutic method derived from acupuncture used to treat symptoms of anxiety, post-traumatic stress disorder, insomnia, and depression.

EFT is also said to have positive effects on chronic diseases and physical pain. It was put forward by Gary Craig in 1993, and the process employs tapping distinctive points on the body to stabilize energy into an equilibrium, which reduces physical and emotional pain.

Also, tapping these spots, especially the face and head in a specific pattern while concentrating on the problem, will provide relief.

Several practitioners, specialists, awareness groups, and studies have continued to express how EFT is successful in many ways. They include solving problems of emotional eating, headaches, and low self-esteem. It reduces common symptoms of eating disorders, weight loss programs, exercise regimens, and works well with appetite suppression supplements.

How Does EFT Work?

It involves tapping the meridian/ energy points of the body. Using the Chinese philosophy of chi, EFT works through the points where energy moves. This idea proposes that although the human body can heal naturally, interference to the energy movement causes sickness to the body. But beating on these points with fingers bring back stability and solves mental and physical issues.

It creates awareness about our bodies in its entirety and clears the mind. We begin to consider those processes that add to our problems and how to avoid them.

Besides, it serves as a sort of distraction from problems one may be facing. These healing techniques aid the movement of energy to stimulate good health.

How Is It Done?

EFT is often used when people suddenly feel nervous or worried. It has also proved useful before an event like a sports activity or public speech.

Pinpoint and Isolate the Problem

The person begins by identifying the emotion that they want to target with EFT. He/she has to make sure they select only one issue at a time.

On a gauge of 1-10, the individual decides how significant the problem is, where one is less vital, and ten is very critical. It allows the person to determine the effectiveness of the therapy at the end of your session.

Decide and Simplify a Phrase.

The individual decides a phrase they wish to repeat while pressing the karate chop point. This phrase should be simple and easy to recite, a sort of positive affirmation. However, it should be relatable to the issue and convey self-acceptance. For example, a person can say,‘’ Though I am always hungry and eat in excess, I will overcome it.’’

The person begins to tap exact points on the body while repeating the phrase they selected. The points in order are:

The individual rates the issue one more time on a scale of 1-10. (Look at point 2) By now, it should have reduced. The procedure should continue until the intensity reaches zero.

Benefits of the Emotional Freedom Technique

It Alleviates Stress, Anxiety, and Depression

EFT has shown positive results in reducing symptoms of stress, tiredness, and protracted aches. According to a 2014 study in Medical Acupuncture, it has proved to stabilize stress hormones levels and general wellbeing.

Fourteen studies available in the Journal of Nervous and Mental Disease concluded that EFT led to a drop in anxiety marks and increases in mood among participants.

Another review established that when participants in two psychotherapy groups were studied, EFT group or a no-treatment group, those in the EFT group displayed a reduction in cortisol levels and progressed with depression and anxiety.

Aids the Care of PTSD and Psychological Trauma

Since EFT makes use of positive affirmations, it works for people because it catalyzes positive engagement between the body and mind. A study reviewed the use of  EFT for treatment sessions that examined various groups such as war veterans, prisoners, survivors of disasters, etc. The results showed significant developments, together with treatment sessions for clinical PTSD.

Tapping has helped cases of discomfort, headaches, and injuries. A 2008 review in Chiropractic & Osteopathy established that it helped reduce symptoms of neck pain in participants. Scholars studying of 86 women with fibromyalgia concluded after two months EFT sessions that they showed improvements with their symptoms.

Some substitute therapeutic methods have been helpful in cases of mental health. EFT, in conjunction with acupressure, meditation, massage therapies, and acupuncture, has proven to be effective.

EFT is free, easy to learn, can be performed anywhere, and success rates are high. Although you can do tapping on your own, training and learning with a professional specialist is pertinent for a thorough understanding of the EFT techniques. 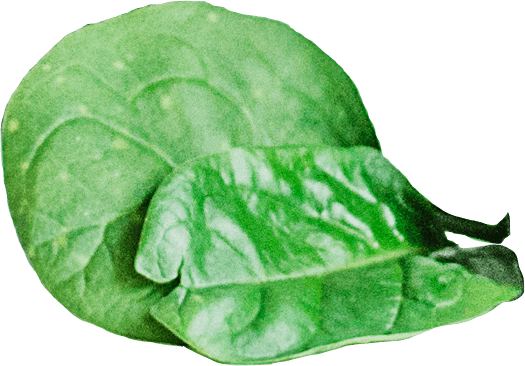 You can give us a call or chat to our representative on the chat system to get your queries answered ASAP!